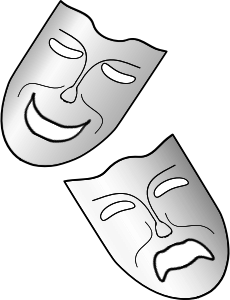 “I was Sheriff Nottingham in the play,” ,inth grader, Mason Stumpf said.

Over 400 people attended the play.

“A lot of people who came said it was great,” Becher said. “Many parents helped out by providing costumes which was extremely helpful.  My favorite part was getting to spend time with the students and seeing their acting grow and seeing them work so hard.”

“My favorite part was when Nathan Rairie did his modeling part,” Stumpf said.

“I’m glad I joined drama because it takes up a lot of my time and keeps me busy,” Stumpf said.

“We will be having a spring musical this year too,” Becher said.