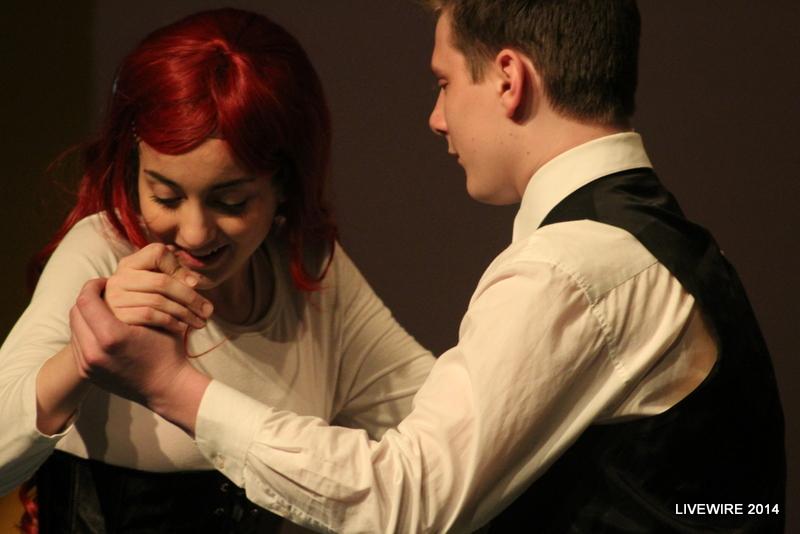 Although members of Altoona’s drama club worked feverishly since October with rehearsals, their year is finally winding down.  Practice for this Spring’s play, The Little Mermaid Jr. came to an end as the musical premiered on Friday, March 7 and Saturday, March 8.

With about fifty cast members and thirty crew members, students have been working four days a week since early January.

“This was the first year that Mr. Klingerman hasn’t directed a play, so Mrs. Morgan, Mrs. Connell and I were in charge of it this year,” Alyssa Becher, ninth grade drama and English teacher said.

Directors have been working since early December deciding on the musical and who they would cast as each character.

“I had no idea who I was going to cast for each role,” Becher said. “It was surprising to me which members really stood out during auditions.”

“I knew if they didn’t give me the role of Flounder, I wouldn’t want to be in this year’s musical,”  Katcher said.

Ninth grade students were especially upset over the year coming to an end.

“I’ve made some incredible friends and did things I never thought I was capable of in drama,”  Petarcha said.

“We’ve had some pretty funny memories on set, especially during the songs,” Becher said. “I remember looking behind the curtain and seeing the cast members dancing and lip-syncing to the music.”

To celebrate their final musical coming to an end, members of the musical will attend a party from 6-8 at Chuck E Cheese’s on Thurs. March 19.