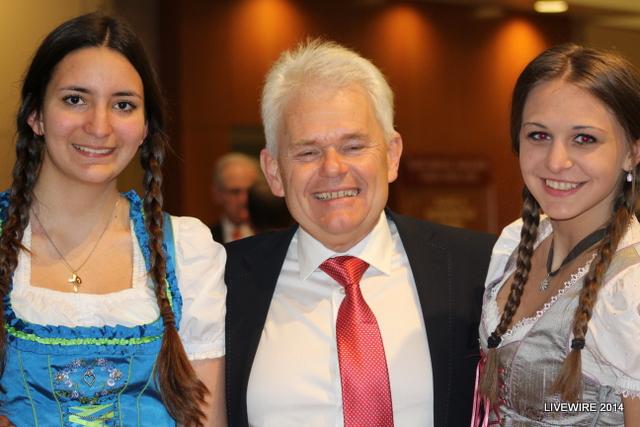 Lechner, Flatschart, and Burda pose together at the Sister City banquet. Flatschart has served as a supervisor for the exchange students while they stay in the United States. Photo by Sarah Harmon.

This week, the junior high welcomes some new faces to the school.  Several  students received the opportunity to house exchange students from Altoona’s sister city, Sankt Poelten, in Austria.  After spending a week in Washington, D.C., the foreign students stay with several people at the local high schools for a week and are able to attend school with them for three days.  Along with seeing how a different culture’s school functions, the foreign students had the chance to tour Altoona and see several things such as the Penn State Altoona campus.   Altoona’s students who housed people receive the opportunity to travel to Austria in the 2016-2017 year.  Throughout the week they are here, the students will be able to experience all new foods, places, and faces.