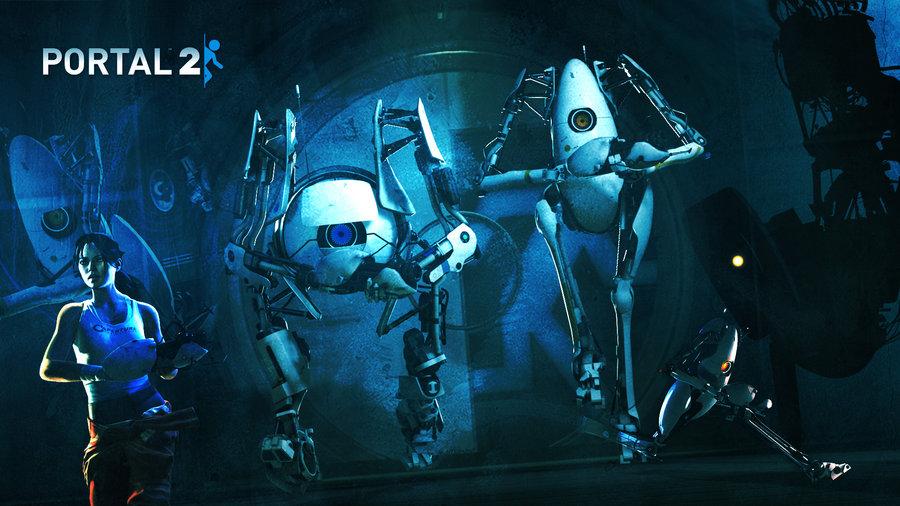 Portal 2 is a first person puzzle game.  In this game the player has to use his/her mind to think of a way to the exit.  The player uses a portal gun to get from one location to another. The player has to use parkour, or the ability to jump from one place to another without dying. The story in the game is intriguing, along with the dialogue and the challenging puzzles.

The dialogue was very fun.  Wheatley and GLaDoS, the main robot, say some very funny things.  Wheatley will tell random stories that are supposed to be scary but really aren’t that scary.  He makes funny comments while the player is trying to solve a puzzles.
Even with the fun, the game can still be challenging.  Some of the chambers, or rooms, have chain reactions and the player needs to be at a certain place at a certain time.  The player has to put every little thing into account. For example, if the trajectory from going into one portal out another is off by the smallest amount, the player can fly in the complete wrong direction.  Certain things like the special colored gel can change everything in the game. On certain puzzles the player need to place these gels in the correct spots. If not, the player can accidently jump or slide right of the platform into the water and the player then dies.

Hey guys make sure you go to my last post and comment ps3, xbox, or pc, and you have a chance to win a code card for one of these systems.