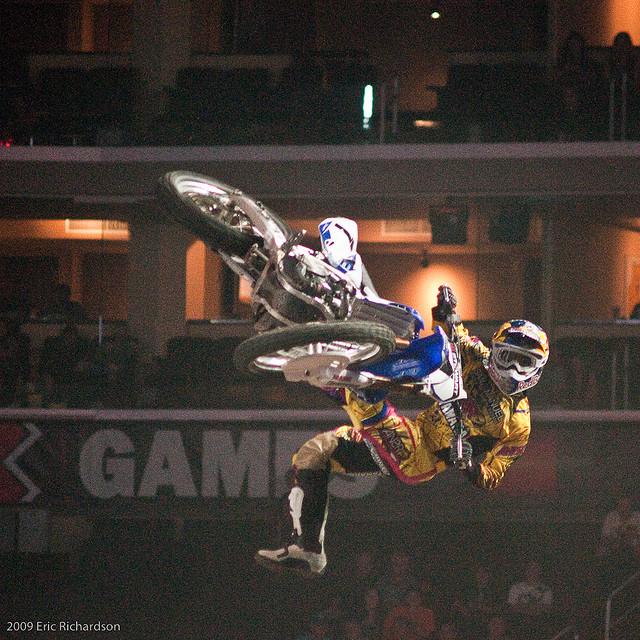 James Stewart does one of his many tricks during the X Games. He is taking his skills to the AMA tracks.

In Atlanta, GA. James Stewart showed all of his fans that he has not let his wrecks in the beginning of the season affect his mind. He took his mistakes, fixed them, and now he is becoming the same number seven everyone knows. To start off the night, his lap time was 53.505 seconds.

He won his heat race in ease. Although it took Stewart eight rounds to get a main event win, his fans stuck with him. In the main event, the gate dropped, he got the hole shot award, but that does not mean he did not have any competition throughout the 20 laps. Kawasaki rider, Ryan Villopoto kept Stewart on his toes. He came close to passing Stewart on multiple occasions, but he could not find the right path to make the move. I knew he would come around at some point in time during the season, I just did not know when he would turn around.

The next race is March 2. In St. Louis, Missouri. Watch to see if Stewart stays at the top of the podium.