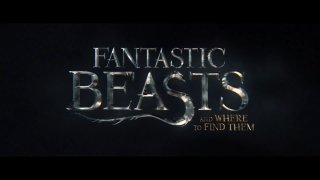 The year is 1926, and Newt Scamander has just found an array of magical creatures. Arriving in New York for business, one of Newts creatures escapes and causes disruption in a bank. The creature, which is a Niffler, just had to be attracted to silver and gold and gets Newt in trouble. A small incident including a briefcase switch, with a land full of magical creatures to a bunch of pastries. Jacob, a No-Maj (American for  Muggle), is stuck with the magical briefcase and accidentally lets the beasts out which troubles the wizarding and No-Maj worlds.

Fantastic Beasts is not an all time favorite movie but a must see for any Rowling fan.

“Rowling’s British fantasy seems to have lost a chunk of its appeal in being moved to the United States,” A.V. Club blog said. http://www.avclub.com/

Fantastic Beasts and Where to Find Them is filled with adventures, magic, fantasy  and a lot of action.The movie also has lots of different and creative creatures. Some are dangerous, endangered and harmless.

Fantastic Beasts basically has two different plots. One being magical creatures escaping from a briefcase and a teenager turning into a demon and trying to control things so No-Maj’s can experience the horrible sight. If No-Maj’s see any magic they must be obliviated, meaning erased all magic memory.

Fantastic Beasts isn’t the best movie out there but manages to take viewers on a roller coaster ride.