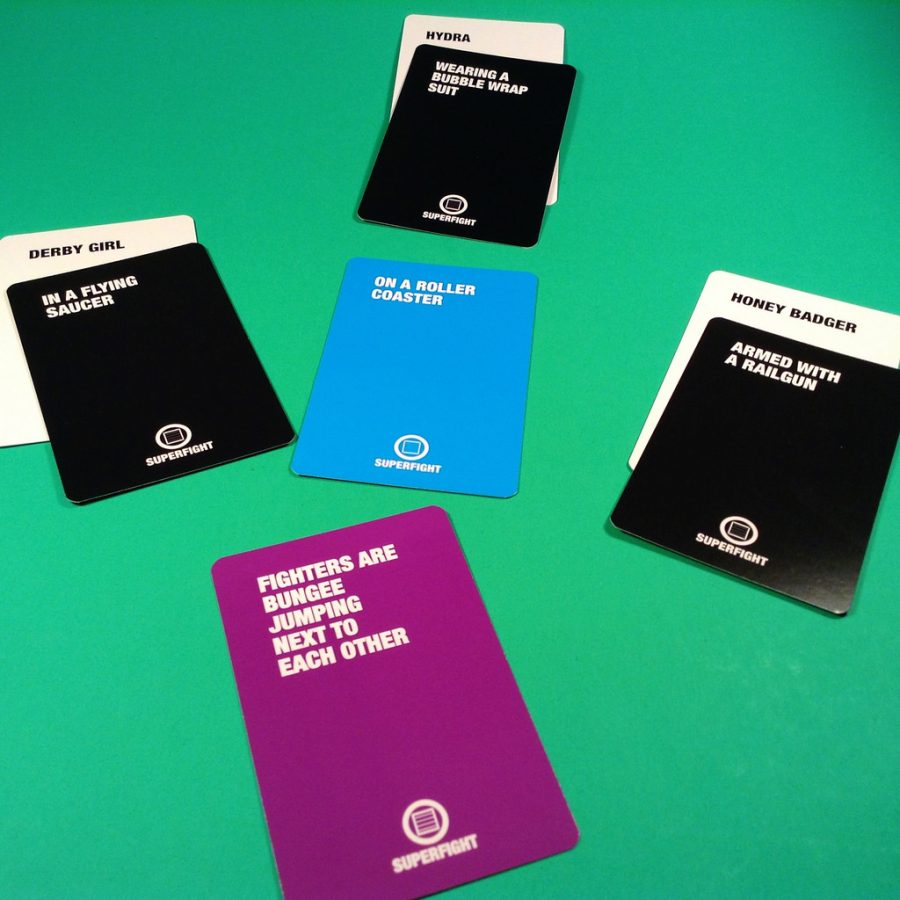 Imagine pitting Barney the Dinosaur against Arnold Schwarzenegger in a fight and deciding who would emerge victorious. Welcome to Superfight, the game about arguing why a fighter would win using the most ridiculous reasons and knowledge about the character to persuade the judge.

How to Play: Setup

How to Play: Mid game

Whoever was first to draw takes his or her turn as judge; the other players choose one white card(their fighter) a black card(item or special power) and they put them face down. After all players have placed down their cards, the fight begins. All players then reveal their cards to the judge. All players argue why their fighter would win using their own knowledge of the fighter. After all players have stated their arguments the judge chooses who wins and the same fighter stays on the table until they lose. The next turn, whoever is next in turn order takes over as judge. The game ends when one player reaches the set number of points created by the players.

Super fight is a ridiculously fun game, and I can recommend it easily to anyone. It’s an easy game to learn and all that is required is knowledge of pop culture and some basic history. Fights can get silly very fast depending on all the fighters on the table and arguments can go anywhere depending on how well the player knows their fighter.  This is a great game to play with friends, and it makes a great game for family game nights. Superfight can be found at a local gamestore like Snake Eyes Gaming and online like on Amazon.