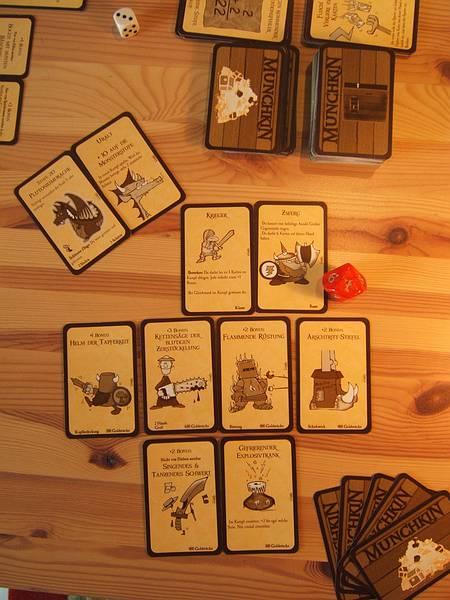 Time to kick down some doors and slay some monsters since this week Munchkin is the topic this week. Munchkin is a game about going through a dungeon to level up to level ten.

Players on their turn try kicking down the door and slaying the monster within. Players can use cards they have to help them with the fight. You may loot if you did not fight a monster in their turn. A player may also “look for trouble”, the player who does this may play a monster card from their hand and fight it as though they kicked down the door. Before players end their turn they may play any number of cards until they have five cards remaining in their hand. Players keep taking turns until they reach level 10 or they complete the goal on certain cards players can draw.

Munchkin is fun parody of games like Dungeons and Dragons by slipping in jokes within the rules itself to the cards players use. Munchkin provides short bursts of fun and like potato chips you can never have just one. Munchkin is a good game for a session with friends, but not so much for families.