Volleyball goes up against Northern Cambria in last game 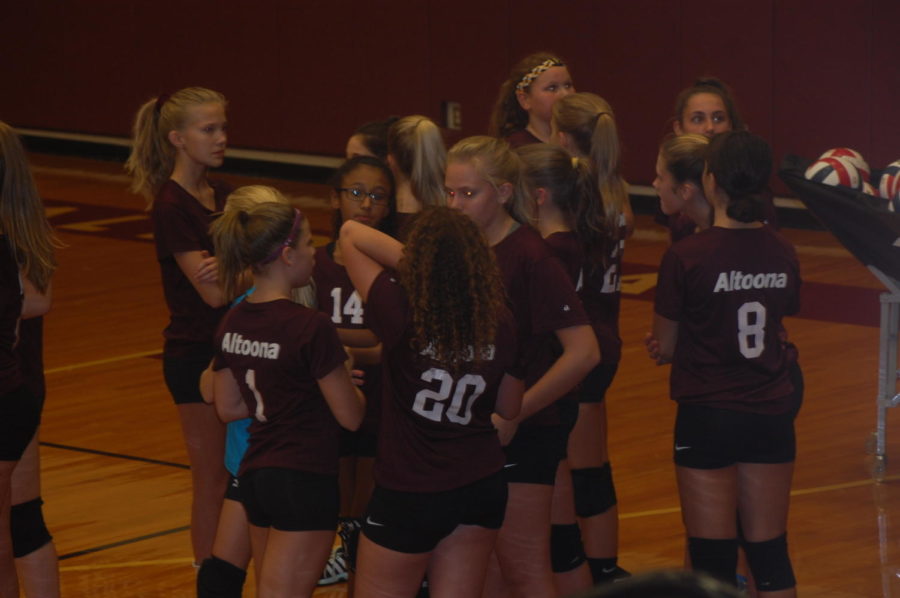 The team gets ready to take on Holidaysburg at one of their home games.

The Junior Lady Spikers Volleyball team lost their first game against the Jr. Lady Tigers but they won nine of their eleven games. They have one more game on Oct. 26 at a home game against Northern Cambria.

“I’ve been playing volleyball since I was I  fourth grade,” eighth grader Taylor Herist said.

The girls all work together to become a better team and become stronger friends.

“Our strength is whenever we are ahead in a game; we all get super energetic so we focus a lot more and do better. If it’s a close game or we are a little behind we all get down so the team kind of falls apart there,” T. Herist said.

The girls have daily practices so that they can work to become stronger and know more about the sports.

“We struggle on passing and calling the ball and not working as a team,” seventh grader Nyelah Strobel said.

They have a daily practice for two and a half to three hours and usually will work on spiking and calling the ball.

“ Practices are like two hours and fifteen minutes to two and a half hours long, and we normally do a lot of passing drills. We’re doing jumping drills this year because we’re not allowed to do regular serving. So we practice that a lot and then we do hitting drills,”  T. Herist said.

They also do conditioning to help them stay in physical shape.

“ Our season is going a lot better than it was last year, so we’ve all improved a lot ,”  Herist said.

The girls have one  more tournament after their last game against Northern Cambria.

“Our hardest game has probably been Philipsburg and easiest was Tyrone,” Herist said.

“ Our easiest was Spring Cove and our hardest was Mt. Nittany,”  Strobel said.