The life of a twirler 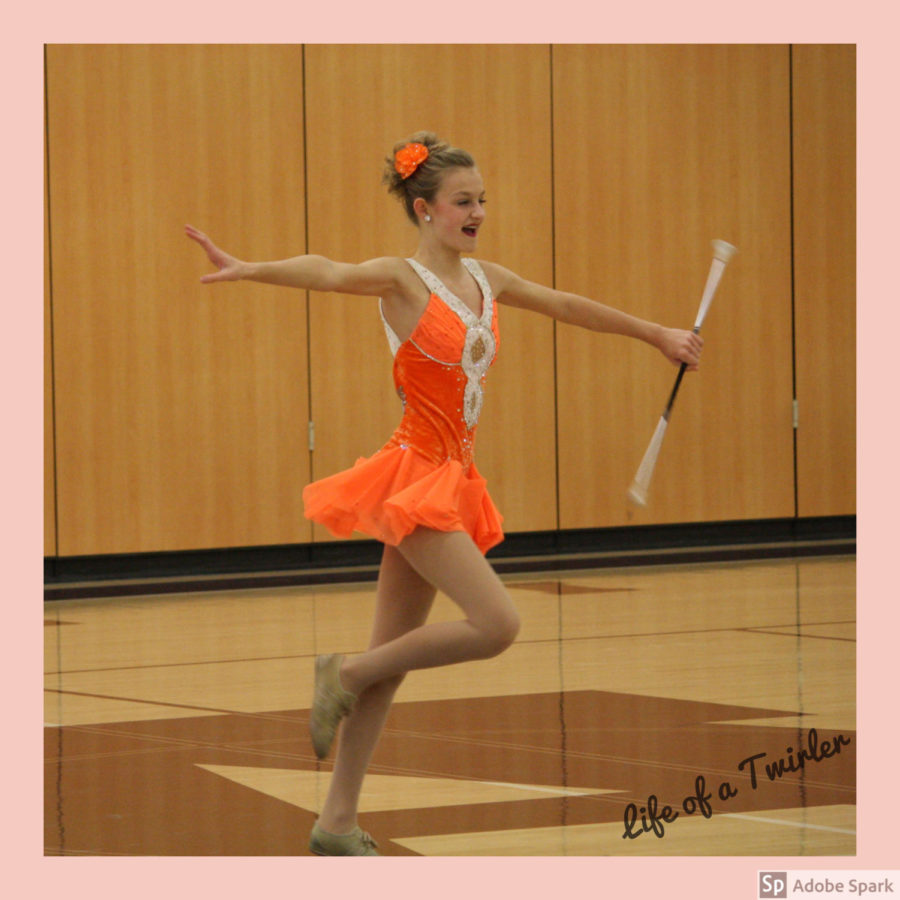 Strut your stuff! On Dec. 2, Caley Galarneau competed at a competition at the Altoona High field house. She placed second in her division. Photo taken by Chasity Brunner

The moments twirlers go through every week

This weekend I have a competition at the Jaffa.  I only entered in team because this particular competition is very expensive.

Some competitions require at least four members while others only require three members.  When we started making our routine, we had five girls on the team but one of them dropped out because of personal issues.   That meant we only had four girls, and we would be on the line for having enough team members.

This past Monday, we had team practice and one of the seniors on my team broke her ankle, so she cannot twirl for Sunday.   We were all speechless and knew we had to get to work.  That meant we had to change half of our routine with cross tosses, moves and so on.  Our coach is making us have a second practice because our routine is obviously messy because we changed practically the whole thing in just an hour.

What we did not realize is that this type of competition is the one that requires four members, so we are in trouble.  The girl that quit in the beginning is coming back for at least this weekend; she knew half on the routine, and we already had her costume ordered.  This means we will be able to change the routine back to normal, and we have another strong twirler to take the place of the one who broke her foot.  The thing about this competition is because it is local, teams from Pittsburgh will be there, and they are extremely strong twirlers.  All of the teams from my studio are against one of the Pitt teams, except mine.  I am in the senior group and we are not competing against ANYONE!  I’m sure that people are going to say it is a good thing, and we will get an easy win.  But is it actually a competition if we are not going against anyone?  I like to compete and be able to prove we are the best, not say we are just because no one was in our division.

The competition practice for the school’s competition team started as well, and I have to say it is really fun.  We are doing so well so far and have a nice routine.  I cannot wait until we have the routine finished and we can take it to competition!

Well that is it for this week, next week I will be able to give an update about how the competition went and how the school team is doing!