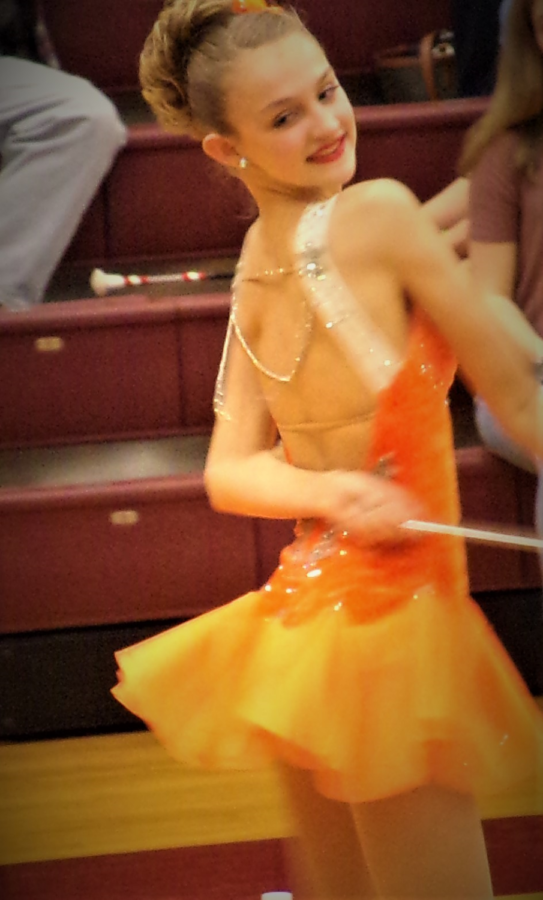 Practice makes perfect! Caley Galarneau performs her strut for the judges. She attended the TU competition on March 10. Photo taken by Josh Bardelang

On March 10, a TU baton twirling competition was hosted in the junior high field house.  I attended the competition and competed.

There was plenty of food, and they were very efficient with saving time during the competition.

The twirlers that had tents or a rack ‘n roll to set up and change in should have been allowed to change in the halls.  It was annoying to be constantly pushing through people just to get in your space to put more lipstick on. The twirlers who did not have those things could have gone into the locker rooms, then there would be more space everywhere, and we would not have all been huddled and crammed in one spot.

Besides that issue, the competition was very nice, and there were nice judges.  They were all fair and there was no “parent to judge” drama. There have been competitions before where a parent does not like what their child placed, and they go off on the judge. Luckily that did not happen.  Also, nothing is worse than judges that do not like your style of twirling because you could do amazing but they do not like it and they cut you down. From everything I heard the judges liked everything they saw, and a lot of my friends placed.

I am happy to say that the junior high did a very good job at organizing everything.  They had events in both gyms at the same time, so we were not stuck there all day. This was a very nice competition, even though it got a little crowded at times.  The junior jigh put on an amazing event, and I cannot wait to attend next year!