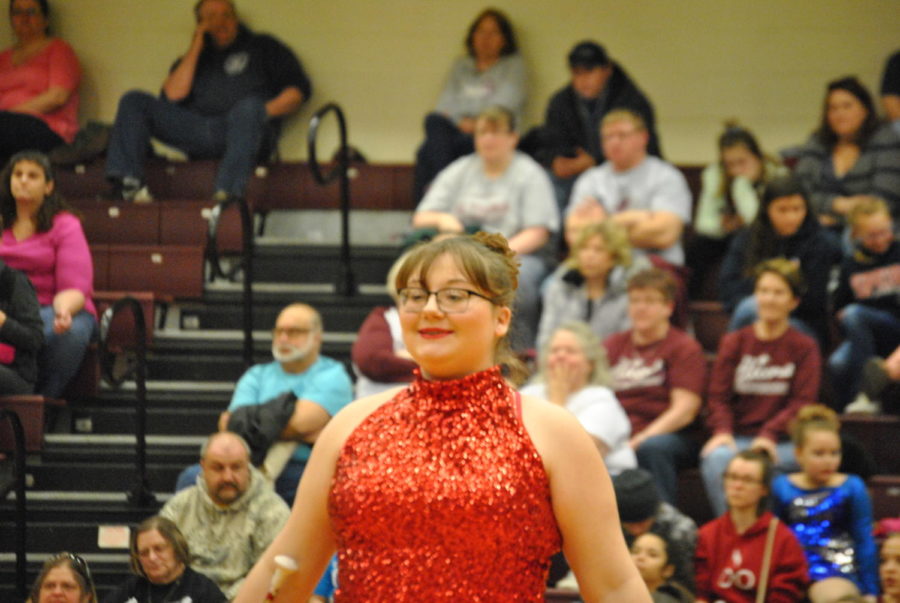 Indoor majorettes competed at the Twirling Unlimited (TU) competition at the junior high gymnasium on March 10.

Ninth grader Kendra Houp, was one of the majorettes who competed and helped the team to win first place.

“I have been twirling for four years,” Houp said.

Houp says this season differs from ones before this because they were in a different organization last year where they competed the same groups.

“Now, we compete against different teams every competition,” Houp said.

“They changed the organization to the TU competitions because it was a conflict with the high school indoor coach,” Houp said.

Ninth grader Makayla Murphy is also a majorette and competed in this competition.

“My favorite part is just being part of a team,” Murphy said.

Murphy thinks that that this season has gone really well.

“We have gotten first place in every competition this year,” Murphy said.

“I think it is exciting and I love doing it with my friends,” Murphy said.

Not only did majorettes have a part in this, but the silks competed to also win first.

Reid wanted to start because she said it looked like a new and fun thing to do.

“I like competing, because I think I am very competitive and they are really fun,” Reid said.

Both the silks and majorettes have placed first in every competition so far.