Thrown into the lives of softball players 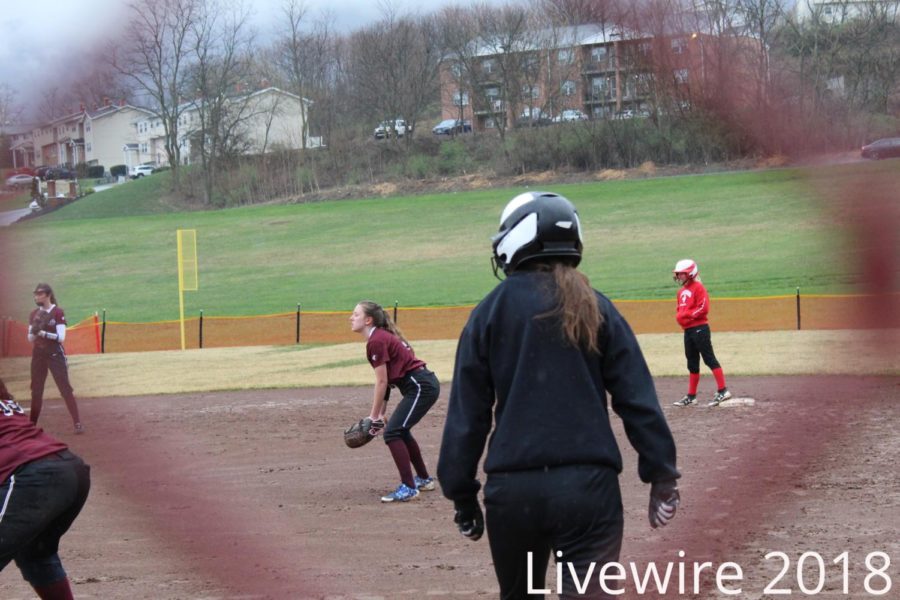 Catch. Kylee Wisor waits to catch the ball at their game. Wisor waited and helped get an out.

Softball is a sport not only played by seventh and eighth graders, but ninth graders too. In softball a person can throw, bat or catch.

When an athlete is throwing she can throw in many different ways. An athlete can throw overhand or underhand. When seeing a softball player throw some may think, “What are they doing swinging their arm like that?” But, it’s the basics to throwing a softball.  A softball primarily weighs quite a bit. So, throwing isn’t always an easy task. The pitcher will swing her arm around to throw the ball for the person batting to hit.

Along with throwing and batting, softball players also catch. In a softball game there is one catcher at a time. The catcher stands behind home plate and catches the ball thrown by the pitcher. All players wear a mitt though. It is always important to wear a mitt so you don’t hurt your hand while catching the ball.

The following photos were taken at the junior varsity softball game one April 24.