Happy retirement, Mr. Yon! We will miss you. 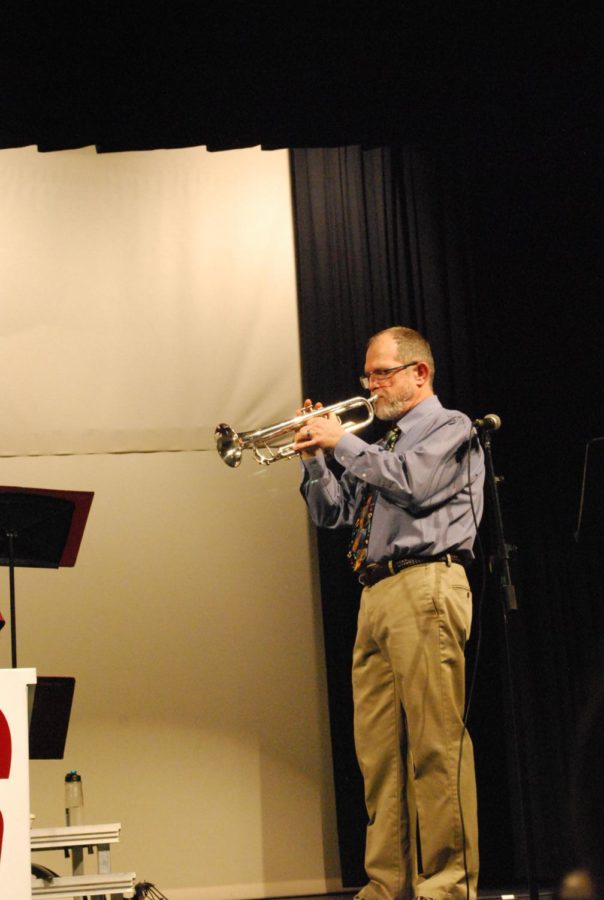 Yon isn’t a teacher who treats students as children. He treats every single student with the same respect he gives to adults, even when they don’t necessarily deserve it. He doesn’t look at students and see children–he sees potential. He sees the good in everyone, even when that person does not see it in his or herself.

I was one of those people who didn’t see the true potential in herself. Constantly, I kept botching my solos, whether because I played the wrong note or I skipped a measure. I would tell myself I would never be able to do it, that the solos were too difficult for someone like me–yet Mr. Yon believed differently. When I would doubt myself, he would always look at me and smile, encouraging me to continue. And because of that I learned from my mistakes and improved, all thanks to him. It doesn’t matter how many times someone messes up, Mr. Yon will always stop and take the time to help until someone’s potential is reached–even if everyone, including himself, is a little frustrated in getting there. All he cares about is that everyone puts 100% into his or her work.

There were times this year when I didn’t want to show up to jazz band. Maybe it was because I just didn’t feel up to it or because I couldn’t focus. Either way, it didn’t matter, whatever I was going through Yon was always there to cheer me up by cracking a joke or just patting me on the back. Stuff like that, just the little things, are what I will appreciate and remember for a long time. Even though it may not seem like much, the little things truly help. Yon knew how to turn a “I just want to go home” day into a “can’t we just play one more song?” day.

For all that he has done for the marching band, jazz band, the music department and the school itself, Yon deserves the happiest of retirements but we will all miss him greatly. Here’s to you Mr. Yon!