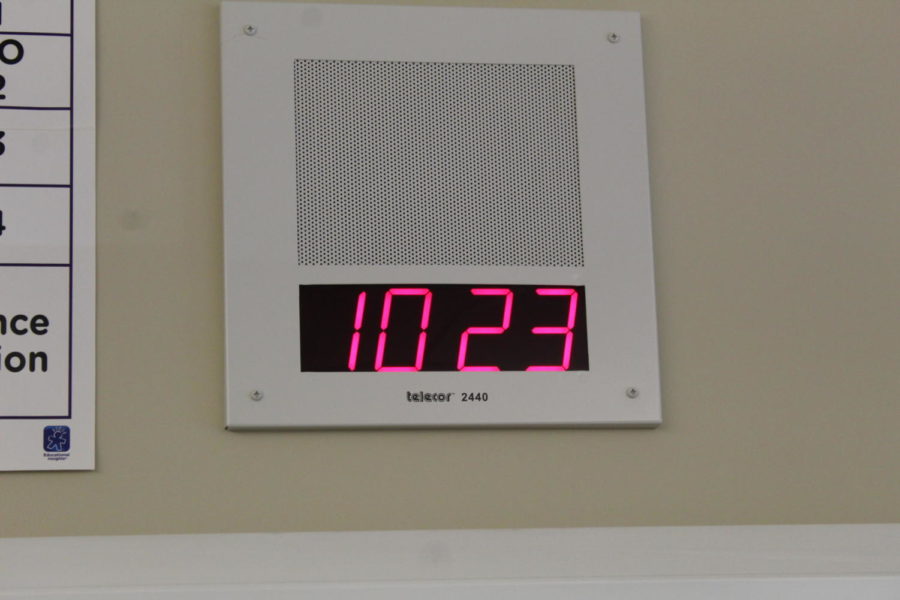 School starts too early for students to get enough sleep which is leaving students unable to perform to the best of their abilities.

School starts at 7:35 a.m. which leaves most kids waking up around 6 o’clock.  According to Nationwide Children’s, “After puberty, there is a biological shift in adolescent’s internal clock of about two hours.”

This means that most teens don’t fall asleep until around 11 o’clock. Nationwide Children’s also states that teens should get around nine to nine and a half hours of sleep but usually only get around 7.

Since school starts early, students aren’t getting enough sleep.  Students cannot perform to their best ability when being tired. Many students tend to fall asleep in class and daydream because of lack of sleep.  If school started at a later time, students would be more energetic and will perform better in class.

A solution to the problem would be switching school hours with the elementary schools.  Younger children automatically wake up earlier therefore they wouldn’t be as tired during school.  Since the school district uses the same buses for elementary school and secondary school, the times would not overlap.

Although after school events will be delayed, students will be more energized and less tired leaving them to participate more.