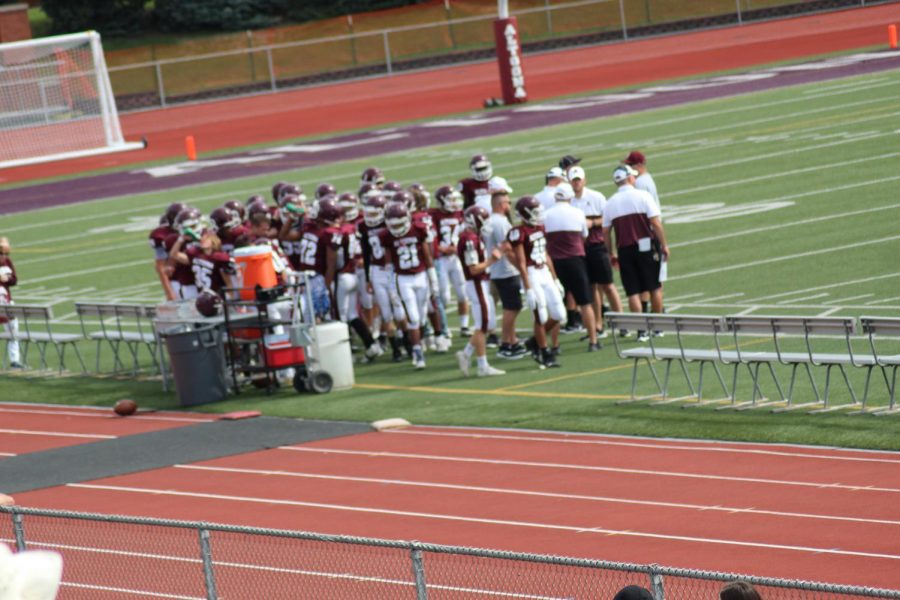 The players huddle up for a talk together as the first quarter is nearing its end. The two teams were tied up in score as the second quarter approached, so they regrouped to talk about the upcoming plays to gain an advantage over the opposing team.