Students should take time to preview books during book fair 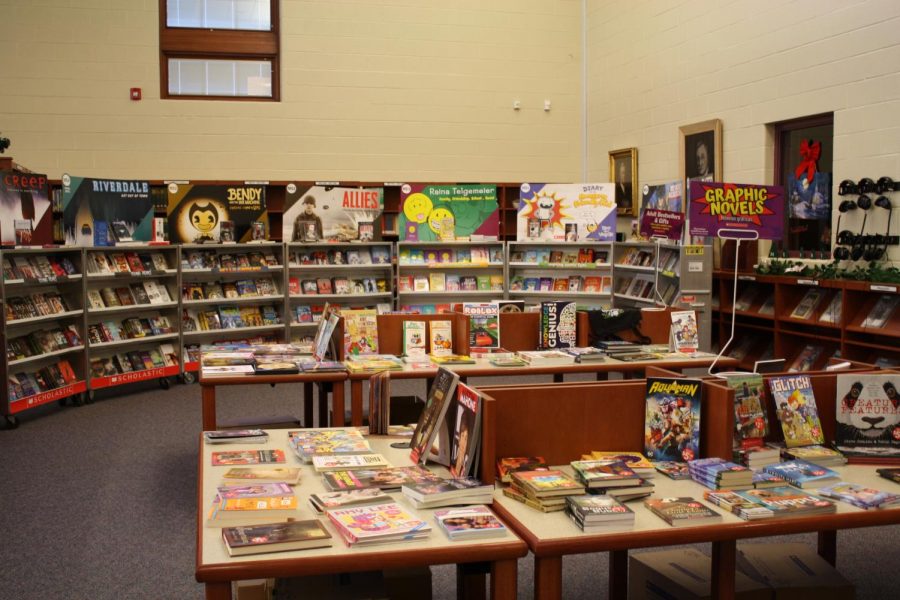 Once upon a time! They place the books so the kids kids can have a good choice of what book to read. Students got the chance of choosing a book during the book fair.

During the first two weeks of December, a Scholastic book fair took place during school. The students went down during English class.

During this time, many students neglected the time they had to look at or buy books during the book fair. While some claim not to have money to spend they should think about this.  Instead of going to Sheetz to buy a lot of things for a lot of money, they could have gotten a book to read during class in reading workshop that would have been cheaper. This could have led students to get better grades in English.

Something that could happen if students took a minute to look at the books is some would find one that they like. If this were to happen, the students could read the book for reading workshop. Some of the books that were available that may have interested the student body were The Forgotten Girl, Allies, Wildfire, Guts, Rated and The Fear Zone.

This is not to say that all students neglected to look at the books. Some took the time and looked around for something they might like. Some even made a purchase at the book fair that wasn’t a poster.

All profits made from the book fair stayed in the school library and are for new books to last through the years.

“Over $5000 dollars in books and merchandise were sold at the fair this year and that was just in five days,”  librarian Justina McCaulley said.