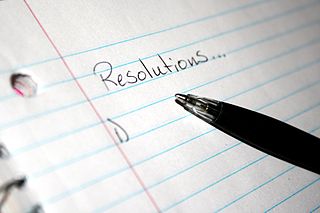 Why do New Year’s resolutions always have to be so grand?

Many New Year’s resolutions always seem to be made on the more extravagant end of the scale. That’s not always a bad thing, but it might be the reason why so many quickly give up or lose interest in their own resolutions.

People wanting to change an aspect about themselves or their lives for the better isn’t wrong at all. And feeling good about being on top of everything and a set of personal goals isn’t really that harmful either. But, after a while, people might not start to see the changes they wanted so quickly and start to lose all this momentum they’ve built up for this new goal of theirs.

When the moment starts to run out, so does the interest and motivation for that resolution. Then people give up hope for their goals for the new year.

But maybe just changing one or two things could change the way people feel towards their resolutions.

First, what if goals weren’t so grand right off the bat? Most people’s goals are goals to start doing something they are new to but have wanted to do for a long time. And maybe without knowing exactly what it takes to complete the goal they’ve set for themselves, they instead set themselves up for failure right at the start.

A good way to scale down these goals to a reasonable size is to talk to someone who either is an expert in the same field your resolution is in, someone who has completed that same resolution or do some of their own research. This way they are able to see what is actually possible for them and how long it would actually take.

Making goals for yourself for the new years isn’t “stupid”, “overrated” or “not needed” but can really be achievable. There may need to be editing in a person’s plan when it comes the resolutions themselves, but all hope shouldn’t be abandoned on New Year’s resolutions.