“Divergent” is just the beginning! 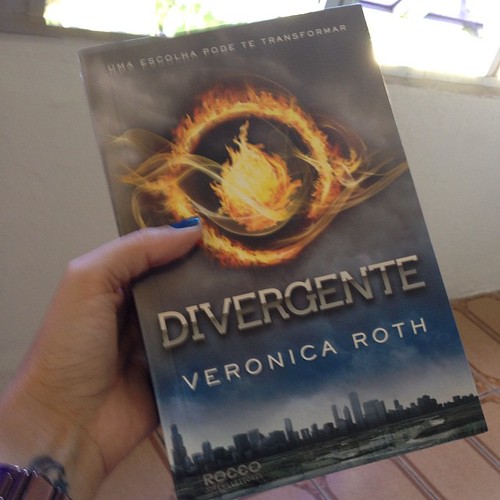 "Divergent," a young adult, dystopian novel focuses on overcoming fear and stopping a corrupt society. On April 26, 2011, the beginning of the fantastic trilogy was published.

“Becoming fearless isn’t the point. That’s impossible. It’s learning how to control your fear, and how to be free from it, that’s the point.”

“Divergent” sounds strange and robotic in some way. I can’t put into words what this novel encompasses, other than describing my emotions while reading this book: pain, love and most of all difference! Tris, a young girl, who looks all the same as a “stiff” reveals that lurking inside her is a deeper person, who changes some may say for good or for worse in this amazing series!

If readers want to feel confinement and that all odds are stacked against them to fail while proving the whole world wrong, then “Divergent” is the book for them. A 16-year-old girl has to take an aptitude test to determine her future faction. The factors breaking up individuals into these factions are as follows: Abnegation (selfless), Erudite (intellectual), Dauntless (brave)and Candor (honest). All of these are made for “peace” as the leaders call it, but what happens when Tris and a small percent of her kind isn’t just one faction, but all of them? Tris must hide and try to survive without knowing what she truly is. Tris is scared and one would be too if his or her whole world resented them for being different. In 38 chapters, the book delivers the adventure of a young girl facing change and shows how her choices affect her. She’s not only smart, brave, kind and honest, but she’s divergent!

Veronica Roth, a brilliant writer, makes these fictional characters come alive. Tris and Four her friend and lover, who share the same trait as her run into many adventures. All of the characters in the novel create a breathtaking plot and just reading about them made my heart skip a beat. In life, there’s diversity everywhere: culture, religion and skin color. “Divergent” shows the true meaning of how being different is a gift and not a curse to shy away from. I recommend this book to young adult readers who are mature and share many challenges of growing up  because “Divergent” changed my life and whoever reads it next will be stuck with their nose buried in this fantastic novel until finished!