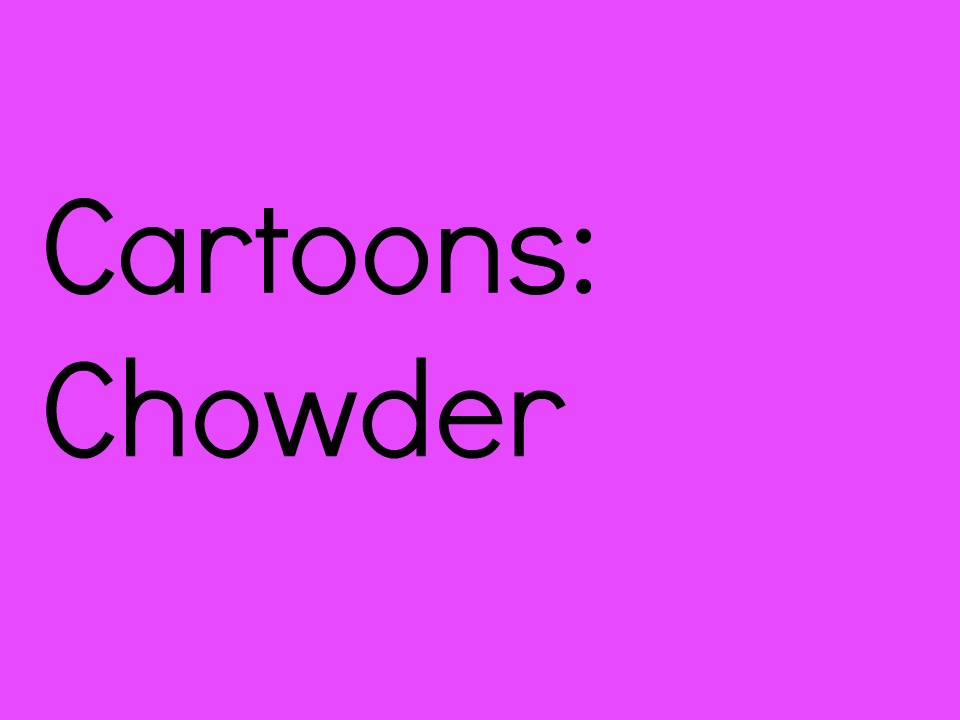 This week’s throwback is Chowder! Chowder was a show that was on Cartoon Network. The main character, Chowder, plays the young apprentice to a chef, Mung Daal. Chowder is a  bear-cat-rabbit hybrid.

Although Chowder strives to do his best and stay out of trouble, he always seems to find a way to get himself into a predicament. He is also constantly pestered by his girlfriend, Panini. Panini is the apprentice of Mung Daal’s rival,Endive.

In the show, there were various background patterns that are unlike ones in other shows. They are supposed to be different fabric patterns to add a cool 3D effect and look to the show. According to tvrage.com, the pattern on their clothes always moved because the creator hated the flat look to the show.

The show ended with season three. The show was canceled due to the ratings going down.

One of people’s favorite episodes is the “Cinnamini Monster.” Chowder finds a lonesome monster in the forest. He and his friends have to find a way to escape the monster.

In the future, I don’t think that the show will return due to the bad ratings that it got. If they changed the show a little bit and made more episodes, the show could possibly make a comeback. The chances of that happening are very slim.