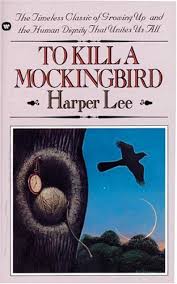 Cover of To Kill A Mockingbird Book

In school students both read and write a lot of things from grades seven to grade nine. A lot of the assignments assigned to students to write have a ton of rules and restrictions on what they can or can’t say or talk about in school. With reading, students can be forced to read several novels that many don’t even enjoy. The school should have more leniency on what students are allowed to write and what students have to read.

In junior high and in high school students are subjected to novels that the school board and teachers think are either good reads or teach good life lessons. Well, for the most part they’re wrong. A lot of the students who actually read outside of school aren’t even interested in the books they read in school. The books that students read in school are unbearably boring. These novels aren’t meant to go outside of the box and say or impress the reader in a drastic way, they’re just meant to teach some type of lesson. Novels can teach lessons without being so utterly boring and most of the books we read all teach the same life lesson. Also, a lot of books students read aren’t even from after 2000.

Another thing is the leniency on writing in English or reading classes. There is almost no leniency at all for writing. They always say to keep an open mind when writing but how are students going to do that with the small space students have to even use creativity. At the beginning of the school year in almost every English class they give their students a prompt and say it’s to see “where we’re at” in writing ability. If they really wanted to see how students were doing, they would say to just write a story about anything instead of setting a strict prompt.

Plus, when students write in school they cannot talk about a lot of things they deal with outside of school. Outside of school teenagers are put through a lot of things such as drug use, alcoholism and crimes but in school they should act as if it’s a perfect world and none of that happens. The school should accept that those things happen and maybe if they use them in stories in a non-humorous way and see the seriousness in them they could learn to abide by the law and stay drug and alcohol free in a different way. School is a way to educate teenagers and to help progress them into the real world and how are they going to do that when they suffer from restrictions and aren’t allowed to express the bad things students have to suffer with.