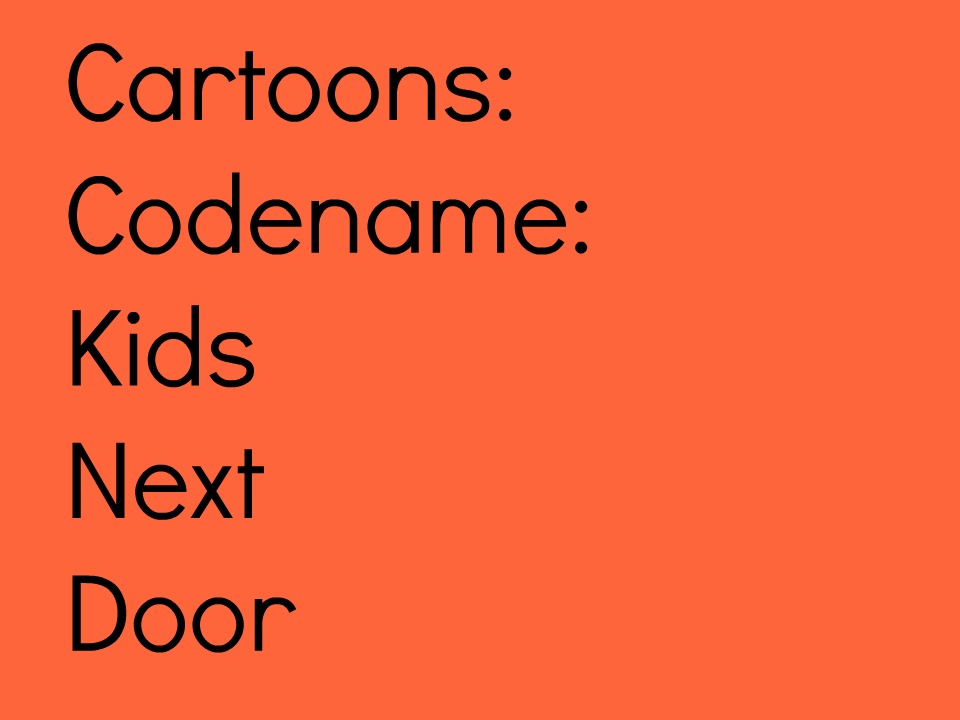 This week's throwback is Codename: Kids Next Door! Photo courtesy of Lynsey Davis.

This week’s throwback is Codename: Kids Next Door! This show aired on Cartoon Network in December 6, 2002. The show was cancelled on Jan. 25, 2008 due to low ratings on the show.

The show is about five kids who run a high-tech tree house. They fight the “crimes” of the “evil” children in the neighborhood, adults, teenagers, senior citizens and teachers.

One of the most popular episodes of KND is episode 34 of season three which is called Operation L.O.C.K.D.O.W.N. In the episode, Numbuh One demands that the Treehouse has a complete lockdown because of an enemy that is trying to invade. By the time they locked down the Treehouse though, it was too late because the enemy was already inside. The enemy that they are trying to defeat the whole time is Count Spankulot and his whole army.

In the future, I do not see this show returning due to it’s low ratings. If it were to return, it may only have a the older episodes as reruns but no new episodes.