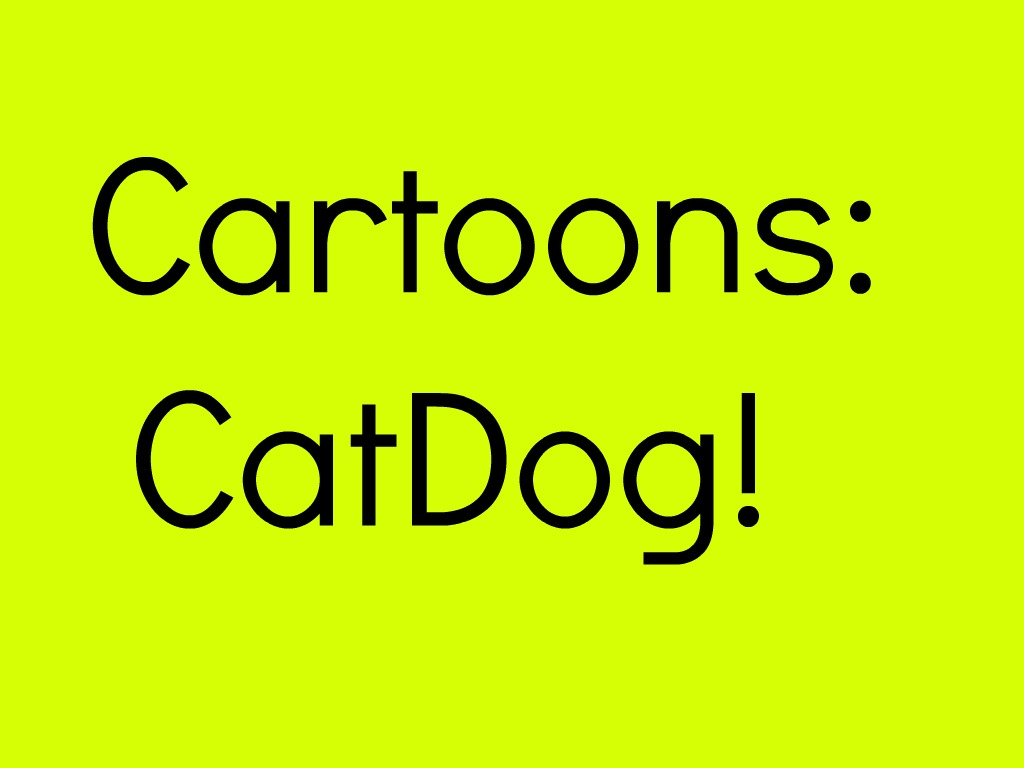 This week's throwback is CatDog! Photo courtesy of: Lynsey Davis.

This week’s throwback is CatDog! The show was originally aired on Nickelodeon. The show revolved around its main characters, CatDog. CatDog is about conjoined twins, one being a cat and the other being a dog. This is how the show, and the characters, got their name. The first episode was aired on April fourth in 1998.

Cat is one of the main characters. Cat is the smarter brother of the two of them. He is more clever and often thinks of plans to trick his brother, Dog, into making him do something for him.

Dog is the second main character. He isn’t the smarter or more clever one of the two. He is often goaded by his brother, Cat, to do something for him. He is always cheerful and smiling.

Winslow T. Oddfellow is another one of the main characters. He lives in the hole in Cat and Dog’s wall. Winslow is always making smart comments about everything. Winslow and Cat do not get along very well.

The show was cancelled on June 15, 2005 due to low show viewings. The show only had about a 25% viewing rate. This show is not likely to come back in the future due to such a low amount of views.

The number one episode is season two episode 12 Surfin/Guess Who’s Coming to Dinner. It is about how the brothers go to the beach and are trying to impress a girl. They would do anything to get the girl’s attention, even going surfing. This would be bad considering Cat hates to get wet! The second half of the episode is about how Cat wants to eat Winslow after he begins to realize it is weird that he is not chasing and eating mice. This is the link to the episode!