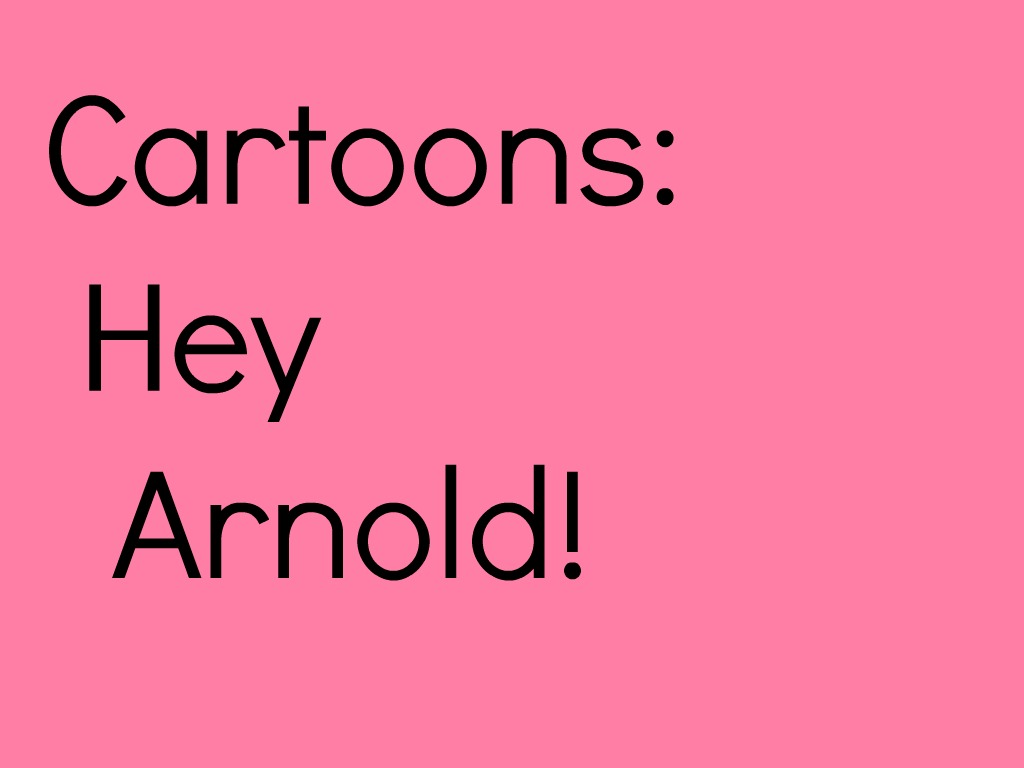 This week's throwback is Hey Arnold! The show was originally aired on Nickelodeon. Photo courtesy of: Lynsey Davis.

This week’s throwback is Hey Arnold! The show originally aired on Nickelodeon. It was aired in October of 1997 and cancelled on June of 2004. There are many reasons why the show was cancelled. One of the reasons are that the show had low ratings.

Arnold is the main character on the show. He is an optimist and an idealist. Whenever someone is in trouble, even if he doesn’t like them, he tries his best to help them.

Helga Pataki is secretly in love with Arnold. Arnold was the first person to ever show her any kindness. She is constantly making fun of Arnold to hide her affections for him, even though it is really hard for her to do.

Gerald Johanssen is Arnold’s best friend. He is never Arnold’s reasonable voice and he is a huge storyteller. He has a crush on Phoebe Heyerdahl.

Phoebe Heyerdahl is Helga’s best friend. She is one of the smartest kids in her grade. She also shares the mutual feelings that Gerald has for her.

One of the most popular episodes of the show is season three episode two: Mr. Hyunh Goes Country. Arnold and Gerald discover Mr. Hyunh’s talent at country singing. His managers try to to make him famous but he prefers to be out of the spotlight and do it for fun. Another popular episode is called Dangerous Lumber. It is the second half of the previous episode mentioned. Arnold and his friends are playing baseball and every time he hits the ball, someone gets hurt. When he quits his friends’ baseball team, someone shows up and challenges them to a game. Arnold still quit the team but some realization came to him and he showed up to the game. When he got there, Arnold went to up to bat. He missed two of the first pitches, then he finally hits the last ball and wins the game! Here is a link to the episode to watch it! http://www.solarmovie.tl/tv/hey-arnold-1996/season-3/episode-2/ Click on the button that says “stream it now” and watch it instantly!