Out with resolutions, in with goals 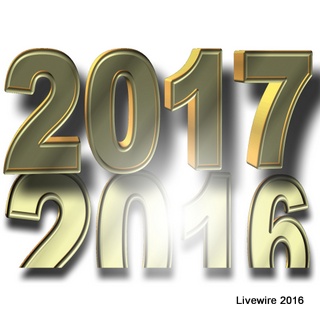 2016 has now passed, bringing a new year full of “new chances” and “new opportunities”. Every year people say the same thing, “This is the year that I’m going to stick with my resolution all year!” Then a week or two into January the resolution is forgotten.

Granted, not everyone is like this. Some people are determined and really do stick with their resolutions. But what if instead of making a resolution to eat healthier, travel more, etc., why not make goals for what you want to accomplish in that year?

To me, the word “resolution” has little to no meaning behind it. It’s just something that people say at the beginning and end of every year. The word “goals’’; however, seems more powerful than “resolutions.” The definition of resolution is “a firm decision to do or not to do something.” That sounds a bit harsh doesn’t it? The definition of a goal is “the object of a person’s ambition or effort; an aim or desired result.” That doesn’t seem as intimidating as resolutions. Goals can take a week to accomplish, a month or two, or even the whole twelve months of the year.

At the beginning of every year, make a list of goals that you want to reach throughout the year. It is much easier than making resolutions, and does not leave so much pressure on you. Having goals for a year can also make you more motivated to work on them than resolutions would.