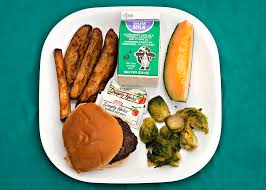 To feel jealous would most definitely be because of the fact that if I had never been subject to such a sweet treat as a midday snack in school, I might not have been so upset when former first lady, Michelle Obama, helped assemble and bring about regulations on food in schools around America. Though she personally could not have forced these programs into our law books, President Barack Obama did motivate those in positions of power to bring the policies into becoming what they are today. Without her gentle push, the USDA and other federal organizations might not have brought about such changes to our lunch menus and daily meals.

Don’t get me wrong, I have a soft spot in my heart for Obama’s undying care about the nation’s overall health and childhood obesity issues; however, originally I felt as though taking away what children desired or looked forward to in school most- food-based rewards for various excellent actions and situations- would have little-to-no effect on the United states of America’s obesity statistics and was quite a biased thing to do.

Thinking about it now, I still feel the same.

I want treats back in school; though whether for my own personal binging reasons or to promote good behavior in the workplace, I am unsure. So, with the belief I might as well state my claims here and now and say the most recent first lady of America, Melania Trump, should reverse Obama’s previous actions in this category of her dealing, I checked up on ways to prove my point.

The childhood obesity rating has remained about the same throughout Obama’s presidency. Though I should probably mention that through an eight year time-span, it is incredibly hard to see the full beneficial results of her actions, I still feel there should have been more of a dip in America’s obesity levels for all Obama has done.

With this in mind, we can say that even if some regulation is needed for our school lunches- for that I can not argue, fully taking away all schools’, as well as all teachers’, rights to give out birthday sweet treats or behavioral rewards such as Jolly Ranchers, Milk Duds, lollipops and even Tootsie Rolls, is quite unreasonable to many Americans and their fortified, grade-A (if not a little chunky) kids.