March 28 student teacher Courtney Bauer spent her last day in Altoona before heading to Greece to continue her student teaching.

“I chose Greece for a couple of reasons. First, I heard it was beautiful here and boy was I right. Greece has the most incredible beaches and landscapes I’ve ever seen. I also wanted to teach here because I knew I would be teaching English as a second language which l knew would be a challenge for me. Everyone here speaks Greek as their first language, including my students. Last, I chose Greece because it wasn’t the safe option. Going to an English speaking country would have definitely been more comfortable, but it wouldn’t have pushed me out of my comfort zone like Greece has already,” Bauer said.

Bauer is living in Thessaloniki, Greece.

“Thessaloniki is incredibly safe and full of a variety of people. Many colleges, such as Aristotle University, are in the city center so many college students from all over Europe can be found downtown,” Bauer said. “Thessaloniki also has a great deal of sightseeing along the port, shopping of all kinds and a large variety of places to eat. It is not touristy like Athens (biggest city in Greece) or Santorini (most popular island in Greece), but it does attract many people on the weekends for the shopping, restaurants, and wonderful weather.”

In Altoona, Bauer taught the ninth grade English class with Wanda Vanish. Now she is working with kids from kindergarten to eleventh grade.

“For the most part, students in third grade and below do not speak English because they are learning. Classes are instructed in Greek and partially in English for activities in their work books. For me, this does place a divide between teacher and student. Some third and fourth graders have better English than others because of how their parents raised them growing up, “ Bauer said.

“My students, especially my ninth graders, were very shy at first, similar to my ninth graders at Altoona. However, once that awkward, shy barrier broke in two days, it was like I was meeting completely different people. They are all so unique, bright, and outgoing. Some are still more reserved, while others are rowdy and full of energy, like many ninth grade students. For the most part, it seems that the students are all committed and dedicated to learning English. In my private school, they have to pass English speaking tests in order to get their English certificate. Because of this, they take the class seriously for the most part. After a week of observations, I learned they are curious and very willing to learn. Some of them even wanted to stay after the bell rang to figure out what happened at the end of the chapter in Frankenstein. Often times in English class, they can be shy as a whole because of their lack of confidence when speaking a new language. On the other hand, the eleventh and twelfth grade students have a lot more confidence because they have already passed their speaking exams and have gotten more experience speaking and working with the language,” Bauer said.

Bauer sees a contrast between the younger and older students.

“As for the older students, such as juniors and seniors, I found it refreshing and rewarding to co-teach my first day in the classroom. At this age it is clear that they are confident in their opinions and enjoy discussing controversial matters. It’s challenging, but it feels more comfortable for me to facilitate these kinds of conversations in the classroom. Some conversations that we discussed were beauty standards in the past and today in the world, Trump in office (that’s all they wanted to talk about) and politics of the U.S. in the general,” Bauer said.

“There is a lot of grammar for English courses, especially in lower grade levels. However, starting in ninth grade, more literature is added into the curriculum along with a lot of grammar. Some things that I will be teaching will be Frankenstein, Macbeth, and Sherlock Holmes and the Red Circle for ninth grade,” Bauer said.

Also students prepare for benchmarks, midterms and tests in the United States.

“Their speaking tests take place during May so that consumes weeks of preparing, practice tests and grammar exercises. This added part of the curriculum will be a large chunk of my teaching, which will give me practice preparing the students for these and administering formal tests, ” Bauer said.

Bauer finishes her teaching on May 12, and she will remain in Greece until May 21. She is planning to explore the rest of Europe with her brother. 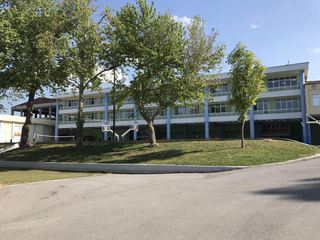 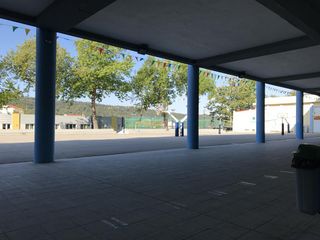 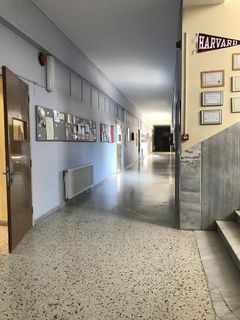 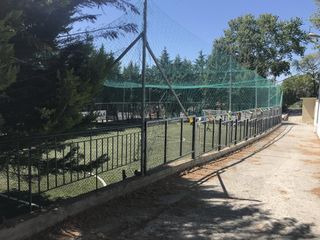 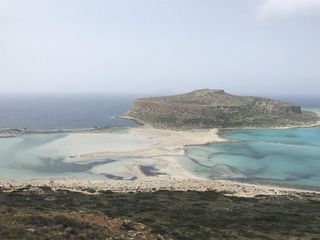 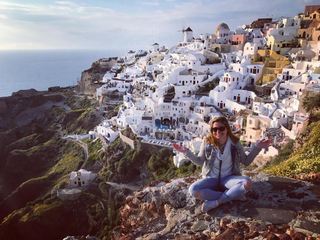 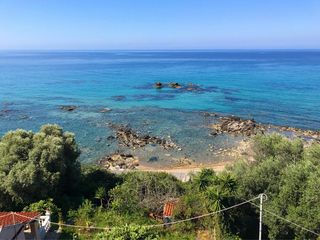