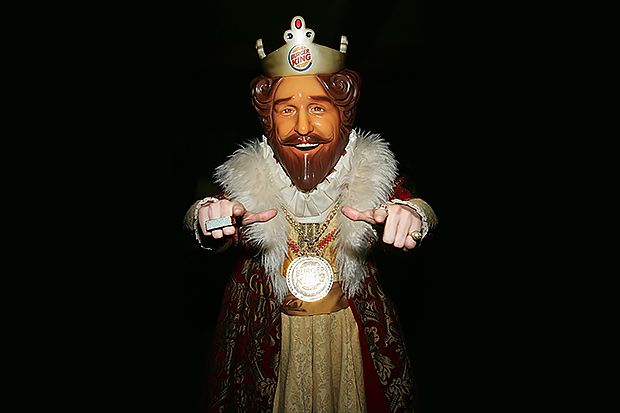 Chicken nuggets
If I was asked to describe Burger King’s chicken nuggets in three words, I would describe them as dry, cardboard-like and stale. Now, I know I complained about McDonald’s nuggets, but I mean it when I say I would choose a cold McNugget any day rather than this crusty, musty and fusty piece of cardboard that’s called a chicken nugget. When I took a bite out of these chicken nuggets it sounded like I was eating a rock, and for a second I thought maybe I was. As a kid, I didn’t get Burger King frequently; however, when I did, I would order their chicken nuggets–but I don’t remember their nuggets being this: nasty. They used to have a decent texture and taste, at least that is what my childhood self recalls.

Fries
The fries were without a doubt the best part of this kid’s meal. After eating the chicken nuggets, I assumed the fries weren’t going to be any better, but to my surprise the fries were delicious! –very similar to how I remember them tasting in my childhood. The fries were fresh, well-cooked, and had the perfect amount of crunch and saltiness to them.

The kids’ meal came in a paper bag with adorable cartoon food characters on all sides. The King Jr. meal’s mascot is adorable as well, its a crown with big eyes and a happy smile.

The toy I received with this meal was a Monster High necklace. This toy is very cute, and I can see how children would like this.

Final verdict
Overall, I would give the King Jr. Meal a ⅖.
The only reason I didn’t give this kids’ meal a lower rating was because of the fries. I do not recommend this kids’ meal nor would I get this for any little cousin of mine. The best thing to do would be to order the fries separately rather than with the chicken nuggets. Another reason why this rating was lower was because of the lack of food the kids’ meal provided. Since my childhood, Burger King kids’ meals have changed a substantial amount, and I don’t mean that in a good way.

Would you rather see the Burger King mascot in your nightmares or Ronald McDonald in your dreams?