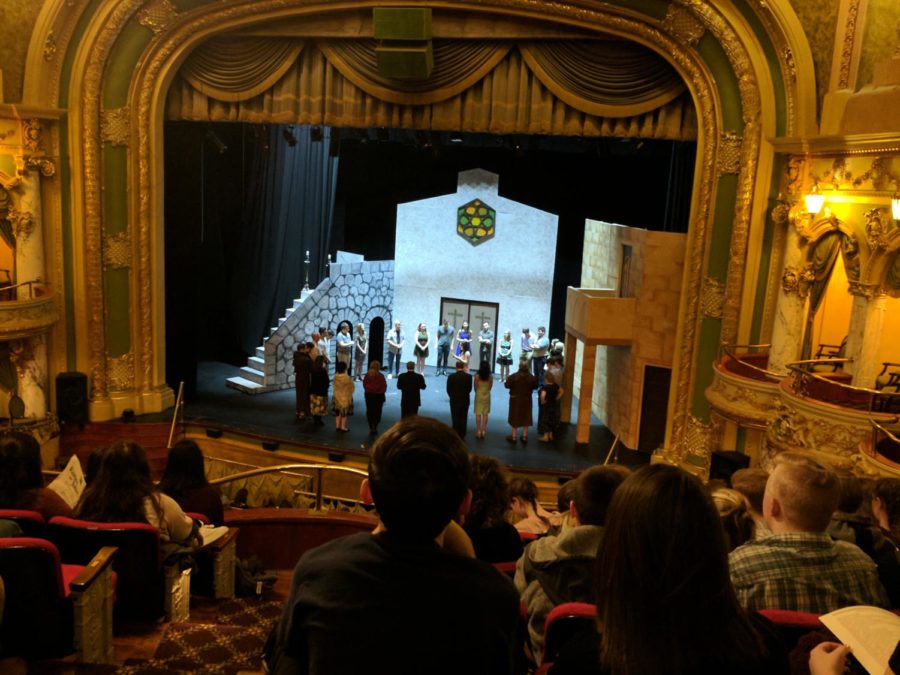 Students from Alyssa Hetrick, Autumn Barry-Kyle and Wanda Vanish were able to attend.

Trenton Bush, a ninth grader in Vanish’s class, attended the play at the Mishler.

“Yeah, I thought it would be a great experience. It was well thought out and presented,” Bush said.

Bush has read Romeo and Juliet three times prior to his English class this school year.

“Yes. I was totally ecstatic. I enjoyed the book and to see it in real life was great,” Bush said.

“Yes I really wish that I could go, and I don’t think it’s fair that they’re leaving two classes out,” Makayla Stevens, a ninth grade student in Chywski’s class, said.

Hetrick actually participates in a drama elective class as a teacher.

“I think it’s a little of enjoyment and a little of educational. It’s important to enjoy Shakespeare. His plays were meant to be watched, but it’s also important to see how there are different representation of a play. Every film, every play you see has differences so it’s interesting to see those,” Hetrick said.

“ It was myself, Mrs.Vanish, and Mrs. Barry-Kyle’s idea to go on the trip. We all got the email and immediately jumped on it,” Hetrick said.

Teachers were surprised how quickly the show sold out.

“We were really lucky to get our students included.  It was a first come basis and within minutes of the email being sent out all of the spots were taken.  I was lucky enough to be able to take my students to the To Kill a Mockingbird production a few years ago and didn’t want to miss out,”  Vanish said.

“There was a lot that I learned that I wouldn’t have picked up from in the book,” Baker said.

Baker has attended seven plays at the Mishler prior the the Romeo and Juliet play.

“I think they were okay. I like the guy who picked up the apples in the background of all the chaos,” Baker said.

Baker did not enjoy reading the book, but loved watching the play.

“You actually saw people acting it out. It was different because definitely funnier. I hate reading,” Baker said.

Barry-Kyle helped Vanish and Hetrick reserve their spot at the Mishler. Student council funded all of the buses needed to transport the students to the performance.

“We received an email from ACT. It was an invite and it was a first come first serve basis. Luckily, we were able to reserve before it was filled,” Barry-Kyle said.

The ACT, Altoona Community Theatre, sent Vanish, Hetrick, and Barry-Kyle an email stating they would reserve seats for them; however, it was a first come, first serve basis.

“It was more of a rewarding experience for the kids to see the play come alive but also the next day we discussed similarities and differences from the play itself and ACT’s interpretation, “ Barry-Kyle said. 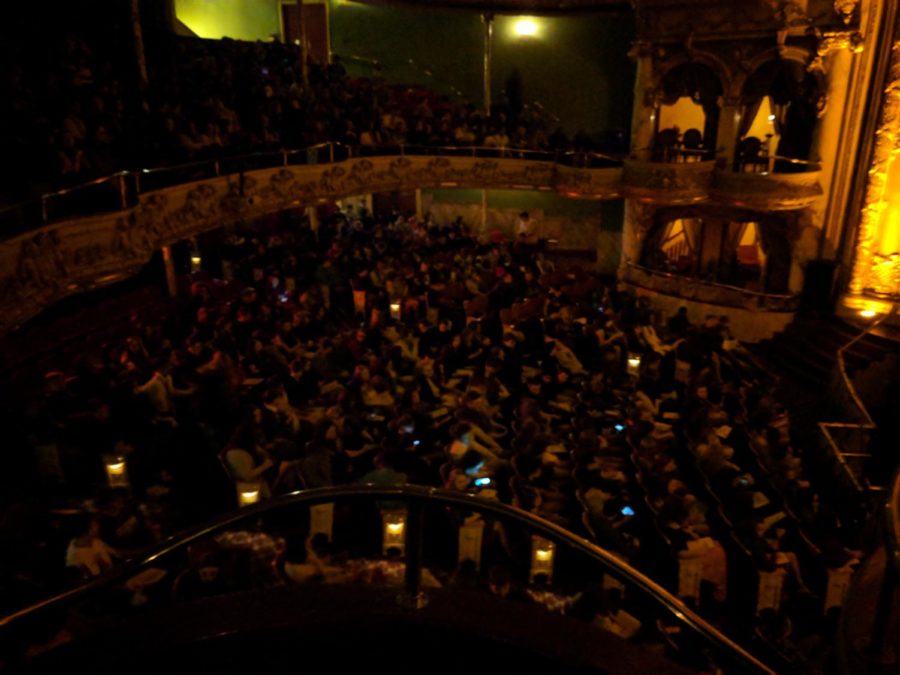 Gallery|6 Photos
View from the balcony of the Mishler. Hundreds of students from three different school attended the production.