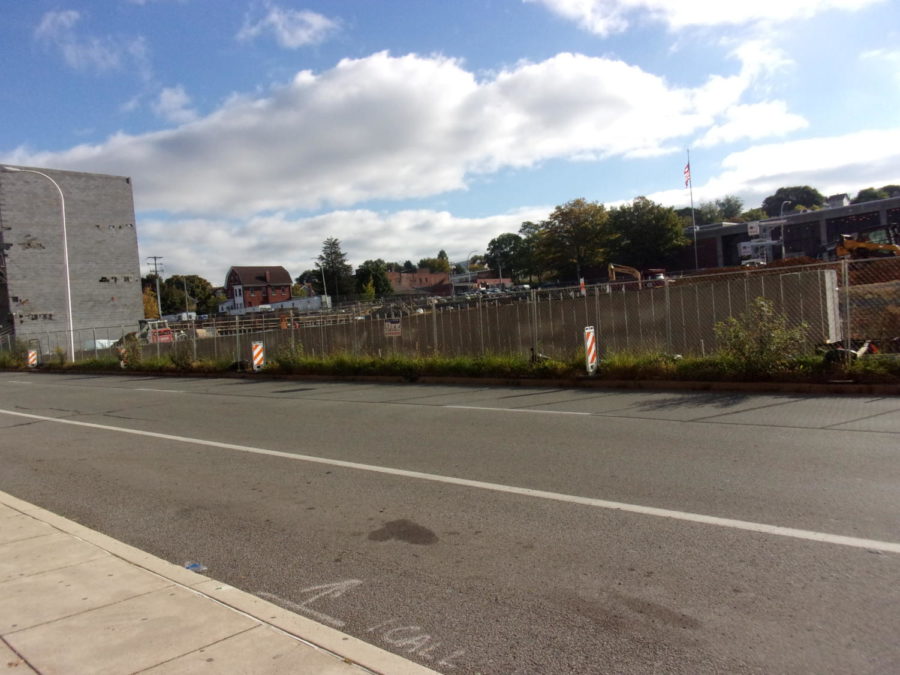 Whip it up! The school district is building a new and improved high school. For the past five months, construction workers have built the foundation for the new high school.

The new school is already under construction. After over 100 years of using the same high school building, construction crews have officially begun building. They have been working on the new school since the beginning of summer and plan to end in 2020.

For junior high teachers the construction has minimal impact on them.

“The new school has not had any effect on me.  The only thing is we had to use the other field in place of the track,” ninth grade physical education teacher John Nezneski said.

“I can’t hear them building throughout the day when I am inside,” eighth grader Maura Kiser said.

With the building throughout the day and having lanes closed, it does not cause as much commotion.

“Folks have adapted well.  Sixth avenue loses one lane throughout the day. I have not seen too much of a difference,”  Principal Lori Mangan said.

Having a new school means a new name.

“I think that the junior high will be called the middle school,” Nezneski said.

Kiser also agreed with him.

With the I.M. field not being there, there were concerns that the sport teams and gym classes would not have a field to practice on.

“The high school doesn’t have an I.M. field but I have not seen any difficulties. Jill Lane works with coaches and scheduling. She is managing everything nicely,” Mangan said.

Even though the new school is not close to being done Nezneski, Kiser and Mangan are all excited to be having a new school.