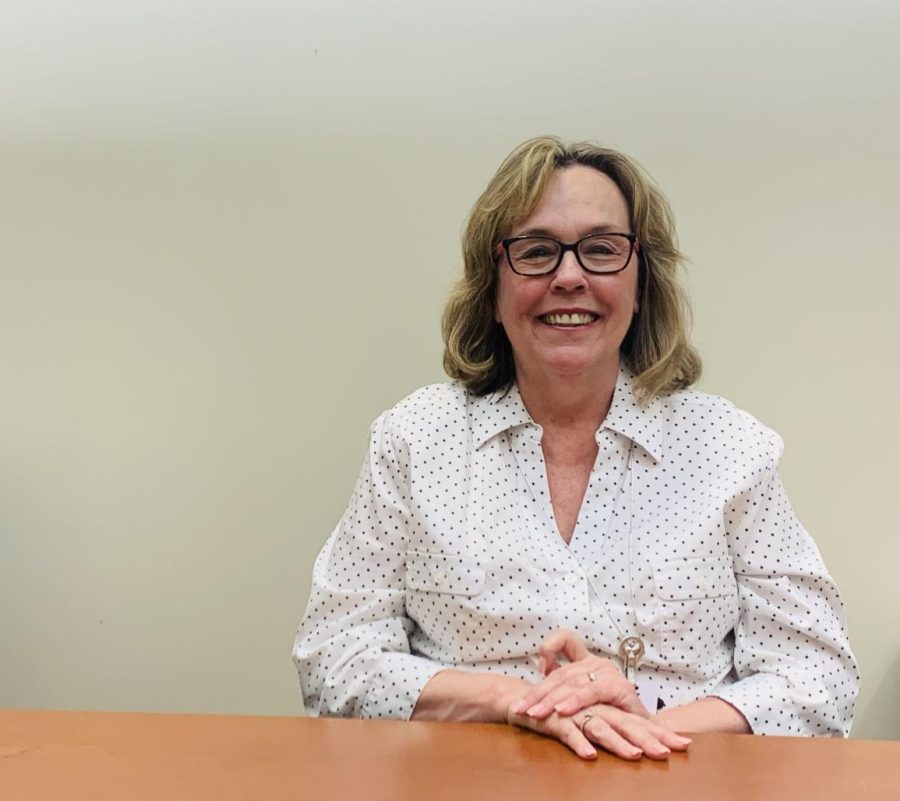 It’s time. Negri is leaving the junior high staff at the end of this school year. She made many friendships that she won’t forget.

A sixth grade attendance secretary talks past, present and future

Negri applied for many different positions at the junior high because she had heard that it was a great place to work. She was accepted for the eighth grade attendance secretary position at first but moved to the sixth grade office after ninth grade transitioned to the high school. Negri continued to work with David Campbell, who was the eighth grade assistant principal at the time and moved to the sixth grade office after the transition.

She believes that her 30 years of experience helped her earn this particular job. Negri didn’t earn a degree but did take some college credits, which also helped her on her way. Once she was accepted, her six years of working with the district began.

Negri said that she loves the attendance secretary position. From the people, to the hours and summers off, to the time she gets to spend with her family, she enjoys it all. She explained how her family inspired her and played a role in her choosing this specific job.

It’s just the three of us together. We just work so well as a team.”

“My family inspired me [for] the hours so I was able to spend more time with my boys,” Negri said.

She also reflected on the workplace and the staff she was able to work with.

“First of all, working for Mr. Campbell has been an absolute pleasure. I’m sad to go… [And] my coworker Amy Webster. It’s just the three of us together. We just work so well as a team. I’m kind of sad to be leaving,” Negri said.

Negri also spoke about what her favorite part about the job is and what she is going to miss most when she has left.

“The students but mostly the people. The staff, teachers,” she said.

Negri reflected back on her history with the junior high and she thought that one word described that time best.

“I’m gonna say friendships… Some of the staff members I’ve formed friendships with. I’ll just value that even after I leave,” Negri said.

Additionally, Negri offered some advice for someone who might take a position similar to the one she has.

“I would say the most important thing is patience… It’s very, very busy. A lot of interruptions and you have to have patience with all of that,” she said.

Negri’s plans for the future consist of spending time with her grandchildren and sleeping in.

Although she will miss so many things about her job, Negri knows it’s time to leave.

“I’m going to miss so many people here and what I do but I know it’s time to move on and spend [time] with my grandchildren,” Negri said.